Betsy Walter was the WINNER in the Ballads "can" (category) in the Broadjam 6-Pack Songwriting Competition.  Her three winning songs were: 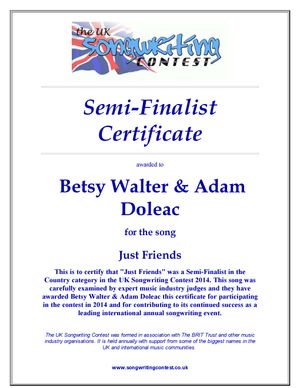 Betsy Walter was TOP 20 FINALIST in the STEINBERG FINALS COMPETITION with the following songs: