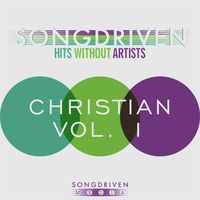 SONGDRIVEN CHRISTIAN VOL. 1, a collection of powerful and inspiring contemporary Christian and Gospel songs, is available at these digital outlets:

SONGDRIVEN CHRISTIAN VOL. 1, released August 30, 2013, is the first of several multi-genre releases from SongDriven Media, which introduces to the music and radio industry, a new "hits without artists" Song Format. This new song format markets and promotes songs to radio and mainstream without associating the songs to a particular artist. The entire release brings prime songs and songwriters into the mainstream and is only about the Song and the Songwriter (read more about it here: http://www.songdrivenmedia.com